Bumblebees, Bombus impatiens (Photo 1) have been used for pollination of many crops including cucumbers, peppers, squash, tomatoes and several fruits like apple, blackberry, blueberry and pear (Photo 2) that require the additional help for setting of fruits. Plants grown in the organic gardens are naturally pollinated by several different kinds insects including honey bees, butterflies, moths and bumblebees. However, in the closed structures like greenhouses, bumblebees are generally released to pollinate vegetables and other crops.  Bumblebees are generally prefered over other pollinators including honeybee because they are bigger in size and faster than other pollinators. Because of their bigger size, they can carry large amounts of pollen and easily come in contact with stamens and pistils. Bumblebees, (Bombus impatiens) hives are commercially available and sold in cardboard boxes with a food source. The best time to introduce bumblebees into the greenhouses is shortly after first appearance of flowers as proper pollination is required for optimum fruit set and production. The activity of bumblebees is generally influenced by temperature as they are very active when temperature is cool but as temperature increases their activity also reduces. The ideal temperature for the optimum activity of bumblebees and proper growth of crops in the greenhouses is between 12°C and 26°C (53.6°F and 78.80°F). When introducing bumblebee hives into the greenhouses, make sure they are placed under shade during hot periods of the day. Bumblebees are easy to release in the greenhouses. After receiving boxes of hives allow them to acclimatize for a couple of hours under shade and then open the door and walk away.  Immediately after opening door, bumblebees will start flying from flower to flower to collect pollen for feeding their babies and simultaneously they will pollinate these flowers. How many bumblebee hives required depends on the numbers of different vegetables need extra help in pollination, numbers of flowers appearing on the plants and size of greenhouse.  Bumblebees (Bombus impatiens) hives are sold in four different types including: 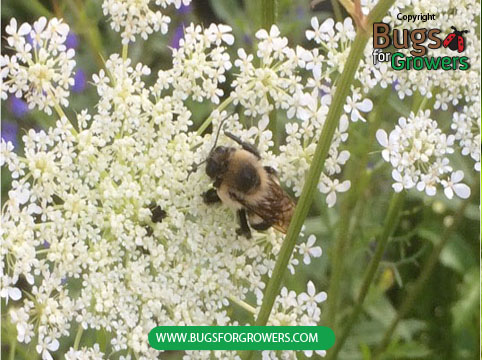 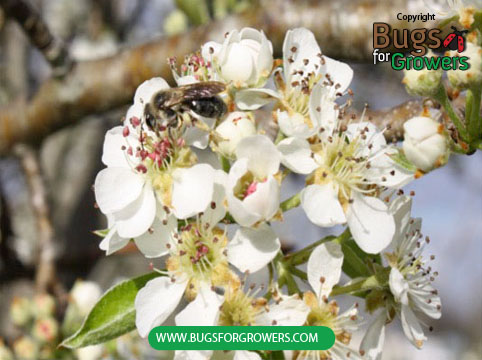