What are two-spotted spider mites?

Adults of two-spotted mites (Tetranychus urticae) are about 1/20 inch long, oval shaped with four pairs of legs and two red spots on the thorax (Photo 1). These mites can be brownish to yellowish in color that may change with the season (Photo 1). Two-spotted mites lay translucent and spherical eggs. These eggs hatch into small larvae that resemble to their parents but they have only three pairs of legs. These larvae then turn into nymphs that then pass through two different stages; the first stage is called protonymph and second stage is called deutonymph. Like their parents, both nymphal stages have four pairs of legs. Two-spotted mites overwinter as mated females (quiescent stages) under the tree bark and/or plant debris on the ground. Early in the spring, mated females lay hundreds of eggs on the leaves of host plants. Eggs hatch within 2-3 days into small larvae that molt into protonymph and then molt into deutonymph within 5 days. The deutonymphs then molt into adults within 2 day. Thus, under favorable climatic conditions, spider mites can complete their life cycle within 5- 20 days.

Two-spotted spider mites are one of the most damaging pests of many crops and ornamental plants. Two-spotted spider mites suck cell sap (juice) from leaves and succulent twigs of their host plants. Heavy feeding injury caused by mites generally give yellow, mottled and speckled (Photo 2) appearances to leaves.  Severe feeding also affects photosynthesis that in turn reduces plant’s ability to make its own food. Infested leaves then dry and drop off the plants prematurally that leads to the death of plant or sever yield loss. The most economically important plant species damaged by two-spotted spider mites included beans, canola, cotton, citrus, cucumber, eggplant, melon, peanut, pepper, strawberries, potato, soybean and tomato. While feeding, spider mites also produce webbing on the leaves and small branches with the fine strands (Photo 3) that reduces aesthetic value of many ornamental plants including azalea, camellia, hollies, ligustrum, roses and viburnum. Thus the damage caused by two-spotted spider mites can cause in millions of dollars loss to agricultural, horticultural and ornamental industries. 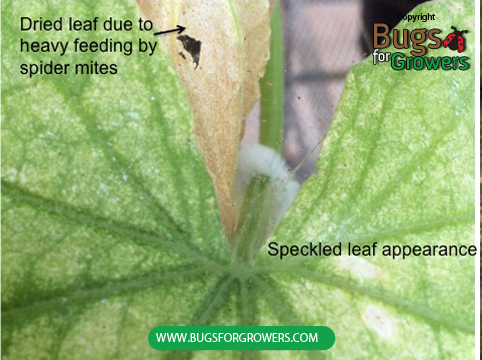 Photo 2. Speckled appearance of leaf caused due to feeding by two-spotted spider mites 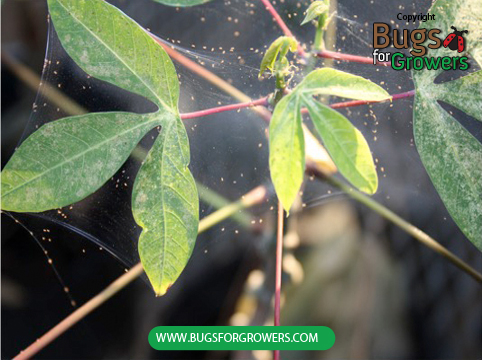 Photo 3. Web spinned by two-spotted spider mites. Note that the small brown dots in the web are mites

Amblyseius swirskii are pear-shaped tiny predatory mites with four pairs of legs. Both adults and nymphs of these mites feed on two-spotted spider mites and develop through three developmental stages and then become adults. These mites are ideal to use for the biological control of two-spotted spider mites because the optimum temperature [between 20°C (68°F) and 29°C (84.2°F)] required for the normal reproduction and development of Amblyseius swirskii is always maintained in the greenhouses for the optimum growth of plants.

How many predatory mites should be released?

For the effective control of two-spotted spider mites, release over 5000 predatory mites per acre 2-3 times on a bi-weekly basis. Predatory mites can be released as a preventive measure before the occurrence of pests or as a curative measure after the incidence of pest mites. These warm adapted predatory mites perform better when they are released at optimum temperature mentioned above. The activity of Amblyseius swirskii mites will be reduced if they are released under cooler conditions. Also, they will not survive under really cold and frosty temperatures.